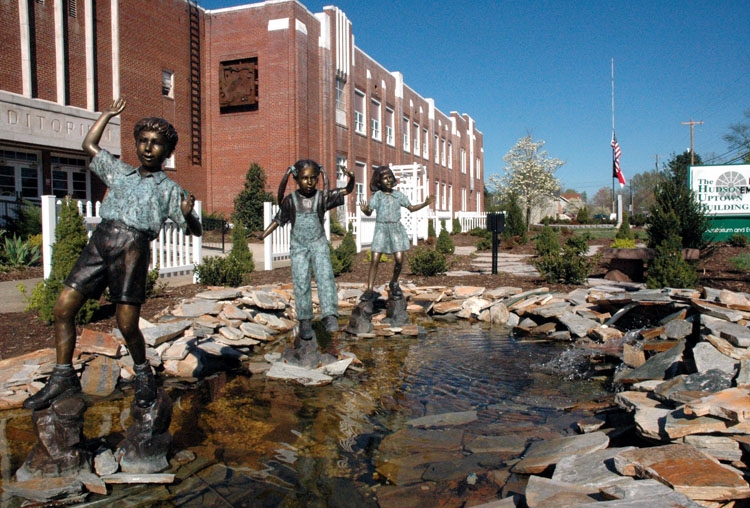 Located south of Lenoir, Hudson is kept vitally connected by both US 321 and US 321-A. The town was incorporated in 1905 and is named for the Hudson brothers, Monroe and Johnnie, who were among the first lumbermen in the area and became leaders of what was known as Hudsonville. The "ville" was dropped in 1889.

Caldwell Community College and Technical Institute is one of Hudson's most recognizable landmarks from US 321. Hudson is home to many of the county's industrial leaders, such as Kincaid Furniture, Shurtape Technologies, Shuford Mills and Sealed Air Corporation. Hudson's downtown features a mix of mom-and-pop businesses and is a short drive to the Hudson Uptown Building, known locally as the HUB. This former renovated school building has become a favorite for community gatherings and Hudson's acclaimed annual dinner theatres.

Hudson is also well-known for its recreation programs. Hudson operates the McCreary Recreation and Fitness Center, which provides a variety of fitness and youth activities.