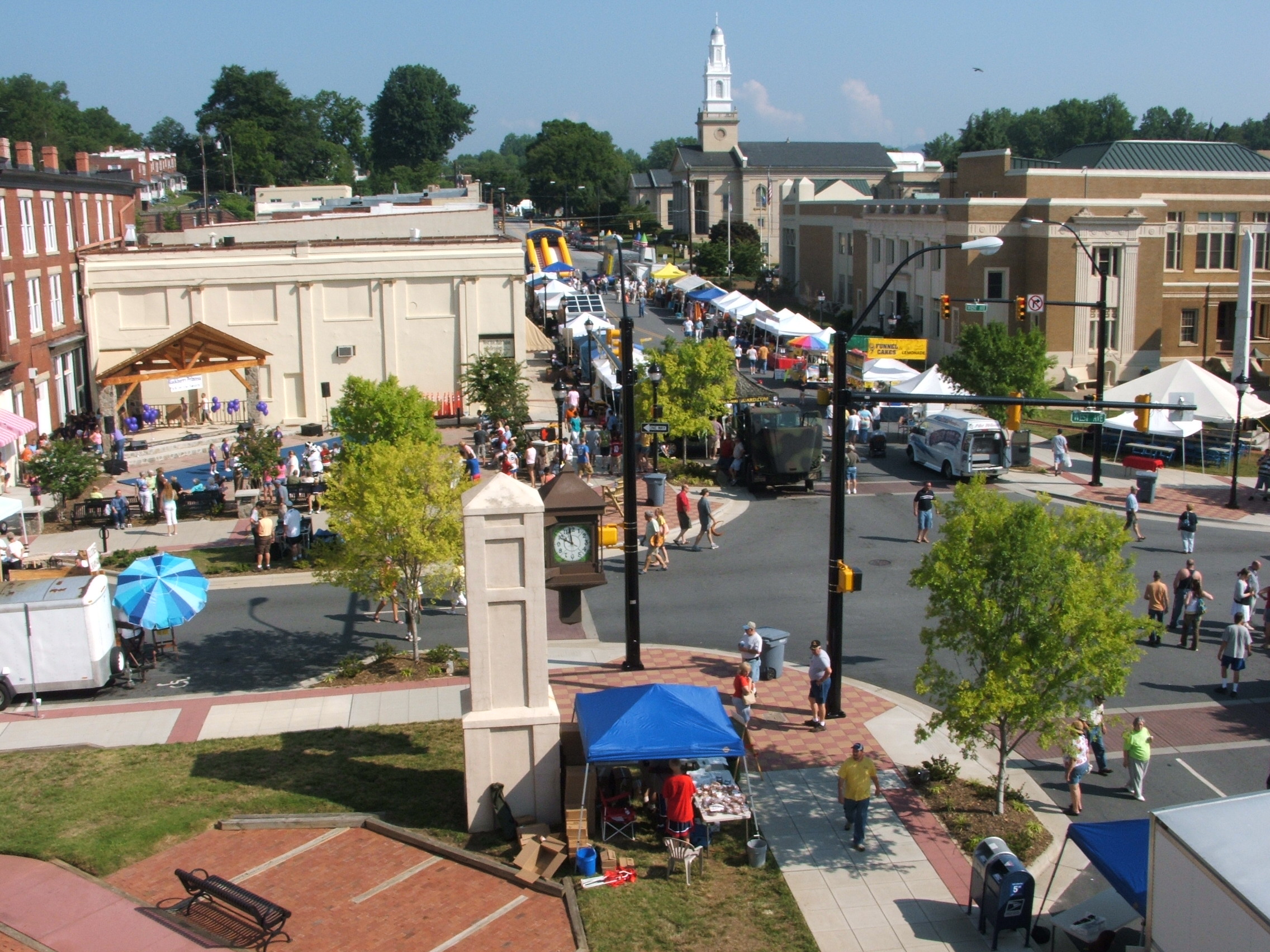 In the center of Caldwell County lies Lenoir, the county’s largest city and seat of government. The first settlement in Lenoir was known as Tucker’s Barn, named for the family who settled in the area around the 1760s. The settlement became a large meeting place for many gatherings and became so popular a fiddle tune was composed and written titled “Tucker’s Barn.” Doc Watson eventually recorded this tune in 1964 on an album titled, The Watson Family Tradition.

Ever since the early settlement of German migrants in the1800s, Lenoir grew as a center of furniture manufacturing known for its skills in producing fine furniture and textiles. Major industry giants such as Bernhardt, Broyhill, Hammary, Fairfield Chair, La-Z-Boy, Thomasville, and Kincaid would locate in the city.

In recent years due to globalization, furniture manufacturing has declined but still plays a major role in Lenoir and Caldwell County’s economy. Recently, Lenoir’s downtown has undergone a complete makeover while new employers such as Internet giant Google are a new driving force for Lenoir’s economy.