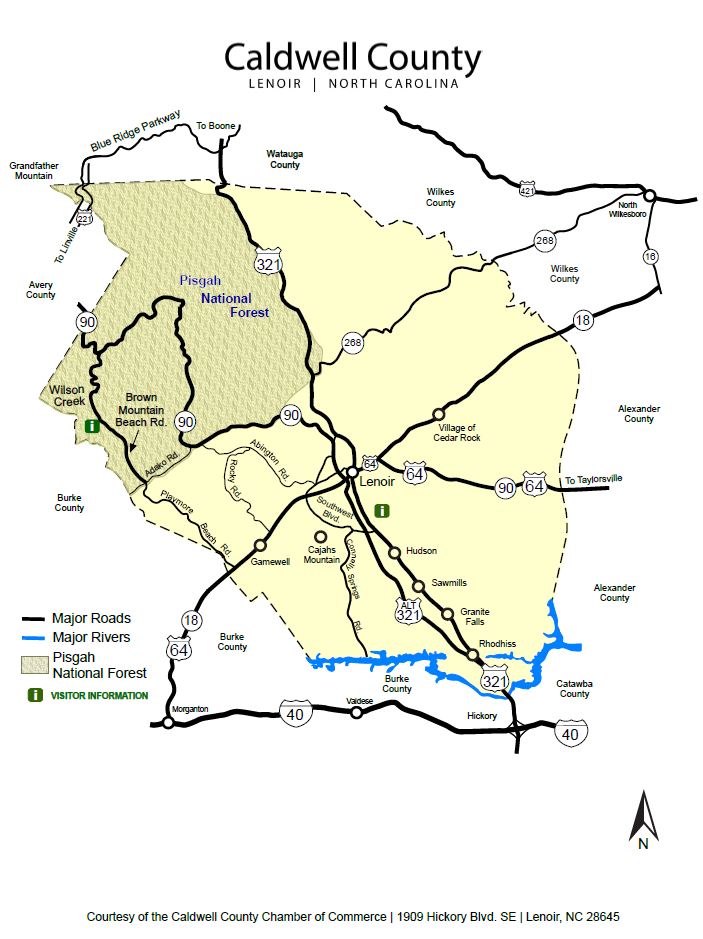 Caldwell County is served by a county-wide government, which operates from the county seat in Lenoir. It is administered by a county manager who reports to a five-member commission elected at large. The county is further governed by eight incorporated towns and cities, each of which has an elected mayor and council.